The event has always been considered a small town parade, and it was once joked that it was the only parade that would pass by you twice due to the original route up and then back down Ocean Avenue. While the route has since changed, the spirit of the parade has not. Friends and neighbors all come out to line the new parade route down Oak Street, cheering on all of our communities children, floats, and emergency vehicles that enter the parade. Santa has also been known to make a guest appearance at the end of the parade. In addition, the annual Volunteer Firefighters Association All-You-Can-Eat Pancake Breakfast is held at the Fire Station immediately after the parade. To register yourself or your group to enter the parade as a participant, please use the online registration link below.

When is the 2022 Children’s Christmas Parade taking place?

What are the times that I need to know for this event?

How much does this event cost to enter?

Who can enter the parade?

What are the rules for entering the parade?

** The Parade Marshal has the final say on the line up, as well as whether or not an entry is deemed to meet the above criteria. The Parade Marshal, on behalf of the MBVFD, reserves the right to remove any entry from parade, at any time, for any reason. **

Do I need to pre-register to enter the parade?

What is the route for the parade?

Where can I watch the parade?

What age group is this event appropriate for?

Can my group or entry lead the parade?

Are there bathrooms on site?

Will there be food at the event?

Is there a rain-out plan?

Who can I contact with additional questions regarding the parade? 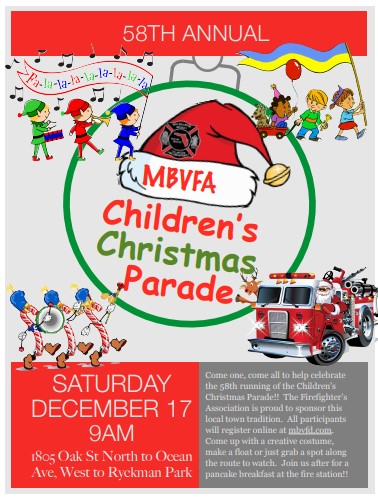 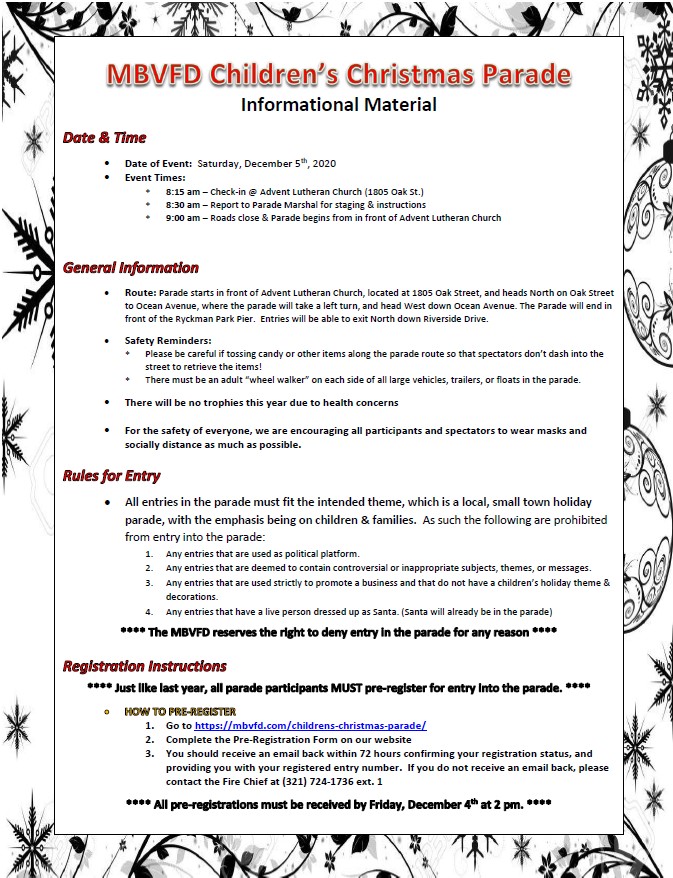 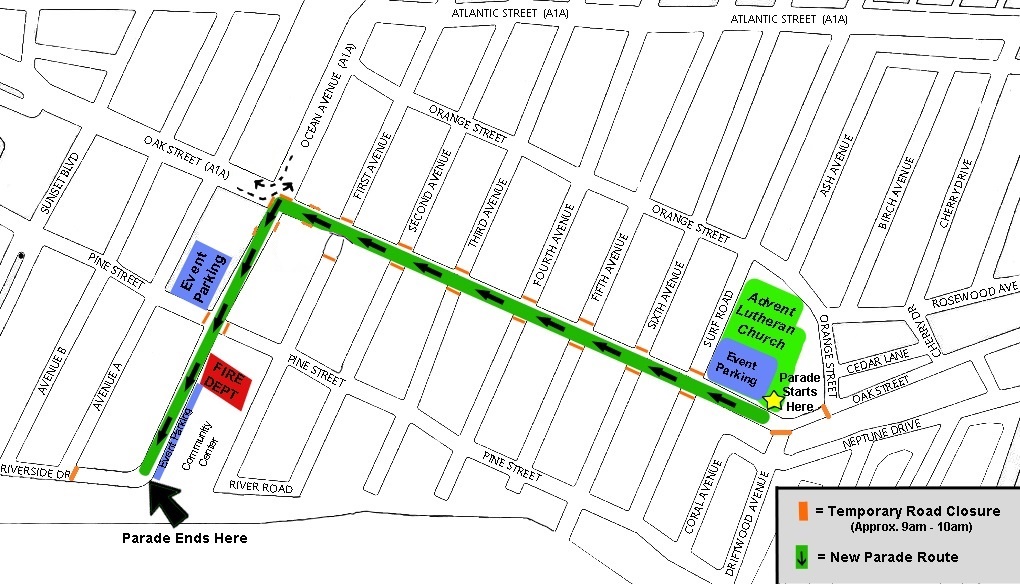